In loving memory of Peter King who sadly passed away on 24th August.

The funeral service was held at 4pm on Wednesday 30th September at Putney Vale Crematorium.

Due to limited capacity, attendance was by invitation only, however the service was recorded and a video is shared below. Unfortunately due to COVID restrictions, there was no reception afterwards, however a memorial event will be planned at a later date.

Pete King was one of the great alto players and I was in his band. That’ll do me! 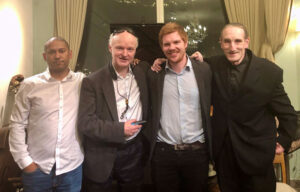 It was a real honour and pleasure to perform with Peter and have him as a special guest at a concert in November 2019 in Kew, Richmond.

Peter was so gracious and played wonderfully which thrilled all who attended.

A brilliant musician and inspiration to many. RIP 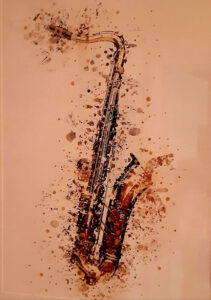 A marvellous person, musician and friend.

Peter worked with my Quartet and Big Band for many years and during that time he made several recordings with me, and every time I was always astounded at his perfection, creativity, originality and his general musicianship. I always regarded him as one of the greatest players in the world He was good friend as well, and we spent a lot of time together. He was also a great composer. He once played me on the net, an opera he had composed, I could not believe it, I thought it was truly a great work, unfortunately, as far as I know, it was never performed.

Peter never received the kind of recognition he truly deserved. 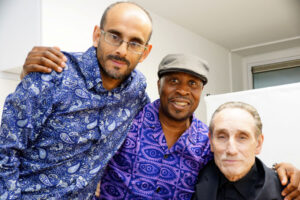 Thank you for gracing our stage at “Hold That Note”. A magical night to remember. You’ve passed through and left your mark. Now sleep well and hurt no more.

I was first introduced to Peter by my father, George Tyndale, they were both part of the John Dankworth Orchestra during the 1960’s.

In later years I spent great times with Peter at the rehearsals of the Simon Dee TV show when Peter was a member of the Maynard Fergusson Band.

In those times Peter did several live gigs at the Plough Stockwell and The Bull’s Head Barns. I have several tapes of these performances so his memory will live on. Rest in peace Peter, you will be missed but not forgotten. 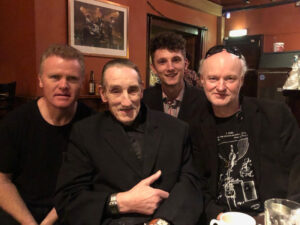 Peter will never be forgotten.

A world class player and a keystone of the British jazz scene for over half a century.

Peter will remain an inspiration to myself and so many others who met and played with him.

For your guiding light that kindled the fire for so many young saxophonists – thank you maestro!

Peter’s passing is a sad loss to many. He was a kind and generous man. A genius and yet so modest.

A wonderful talent and a gentle, loveable man. We shall greatly miss him. Thanks for all the lovely music and memories Peter.

Wonderful memories of playing with Pete’s Quintet in the 80s and later with Charlie Watts’ various projects. He was an inspirational player and a caring and loving human being.

One of the worlds finest saxophonists in the world. Thank you for the lessons over the years, Peter. My heart is heavy, but at least I got to play a couple of gigs with you – my proudest moments. We all have a collection of beautiful recordings you made, so your genius and mastery of the saxophone will live on for all to hear. One of the most beautiful recordings for me is ‘My Foolish Heart’ from the Crusade album. Just so beautiful.

I had the pleasure of knowing Peter both as an inspirational musician and in his other enthusiasm, flying high-performance rubber-powered free flight model aircraft in competition. He wrote several highly regarded papers on the performance and aerodynamics of these aircraft, published in journals internationally. He’ll be much missed wherever excellence is appreciated, both at gigs and on the flying fields.

Only two words for PK, WORLD CLASS ! I saw him many times but a particularly memorable gig was his duo with pianist Gordon Beck (alas, also no longer with us) at the Cheltenham Festival a few years ago. Wonderful music.
R I P.

Peter was a great friend and musician. I first met him on the road with Horace Parlan. I was overwhelmed by his playing and we began to hang out together. I learned about his then hobby flying world class model planes and his great knowlege of aeronoutics. When I moved to England I was fortunate to be able to play some gigs with him. I will miss him very much as he was much loved by me and my wife Mary-Ann.

I sat next to Pete every night for two years when starting my West End career as percussionist in Bubbling Brown Sugar. It was an absolute privilege to listen and learn from such a great musician. Pete became a good friend and I learnt so much from him. RIP Pete. You will always be missed.

Peter you were a beautiful soul. I was blessed to have the opportunity to sing Clara in Zyklon. Such a powerful experience. I loved getting emails from you and was proud to be your sister in law. I hope you are in a place filled with music, comfort and love.

A jazz legend, who never quite came to terms with the enormity of his prodigious talent.. Restless and never content with his achievements A kind and humble man. So generous with his talent. So honoured to have been given the enormous gift of performing with him.

It was a privilege to have met him and to have heard him play.

Although I was entranced by Peter’s playing for decades, it was always a shock to hear him mesmerise a room (mainly at the Bulls Head in south London in my case).

As near-neighbour in Putney/Wandsworth, it was an honour and a privilege to help him out with shopping and errands in his final years. He was always grateful and undemanding. God bless you Peter. Your talent was immense. 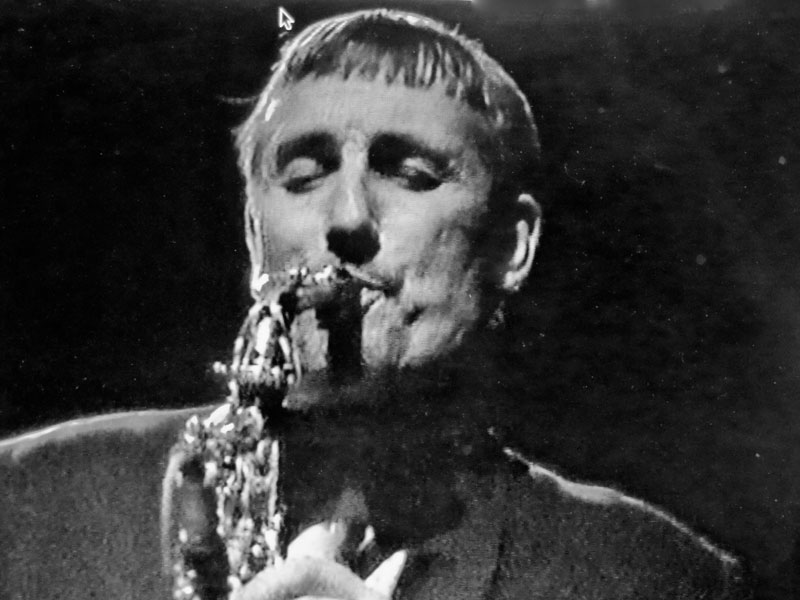 Peter was a special friend and we had enjoyed each others musical company on many occasions in TV, international concerts and around the UK clubs. Will miss him and my condolences to his friends and family.  R I P

Genius a friend since 1969 Linda his loving wife saved his life, ! Her devotion and love his rock a wonderful friend of mine, and Kay Clark., At the age of 19, I was surrounded by great talents .
Flying High Peters book is a great insight into the highs and lows of the Jazz scene.
As I read other tributes the Best but didnt get the recognition, as with many great talents
Shame on you promoters he deserved the Best where were you all ?
The last time I saw and heard him play in Soho Pizza he could hardly stand up but his playing was still amazing.
Where were all his rich and talented friends when his bank account was wiped out fraud and an appeal was set up as he was worried about not having a headstone on his grave.
My heart cries where is the love and compassion for the Best Sax player who will never be replaced Love forever your talent will never die Fly, high in the spiritual sky you left us all a great legacy you deserved a life as a King but was treated as a not to mention the name.

Just a lowly fan who is overawed by your sheer talent and inventive playing every time a I play my CDs and records. – thank you Peter. RIP