In loving memory of Joel Deves who sadly passed away on 19th July 2020.

Joel’s funeral service was held on Tuesday 1st September at GreenAcres Chilterns, followed by a reception at Red House Lane. A video of the service and personal tributes are shared below.

Joel.
Do you remember the time your mum hoovered up our stash!
We had gone outside to race around your Gran’s garden in her wheelchair (as you do), only to come in and discover it gone! After some tentative questions we were handed a hoover bag. Following some careful rummaging we where reacquainted. We had a telling off but more so about joy riding the wheelchair than the stash.

Journey well sweet Joel, forever in my memory as the handsome, curious teenager with an unusual eloquence for someone so young. I’ll remember trying to outdo you with naive philosophies hastily scribbled in marker pen on our respective bedroom walls. And you playing Gangsta’s Paradise on repeat. You always had one foot in another place, never quite present, a restlessness for something else. Wishing you eternal peace.

My first real memory of Joel has to be in the bath with him and Hayley when we were very small. He was just a baby. Consequently he didn’t yet know that peeing in the bath was a bad thing and Hayley and I would retaliate by making him eat shampoo and toothpaste concoctions!

Growing up, he became the closest thing I had to a brother and an extension of the family. As you might expect, we got up to plenty of mischief once our parents were out of range. A favourite activity when we were small, was to regularly terrorise Shepperton’s Moat House Hotel. Joel would be on his hands and knees in the games room, ripping up the 70’s carpets, exclaiming to any hapless, wannabe fruit-machine player that he was on a money-hunt. The grin on his face when he was given 10p was something to behold. I think that’s where his entrepreneurial spirit started. To this day, I’ve still not figured out why we were quite so obsessed with the hotel’s shoe polishing machine though!

I remember him as a superhero as well as a strange rendition of the Virgin Mary when we played dress up and he liked to wear a skirt on his head. `I remember a different skirt to the one Hayley recollects which makes me wonder if he did this – excuse the pun – as habit.

He was a very happy little boy and it has been so shocking and sad to learn that the person I had sleep outs in the wendy house with, who was horribly scared of Casper the ghost, has gone.

I’m very grateful for that friendship and the happy memories that are now his legacy.

I first met Joel during my childhood, through my great Thamesmead School friends Hayely, Tamara and subsequently the truly wonderul and always entertaining Fiona, Pattie and Dee.

What I remember of those days is this fantastically cheeky faced boy, always running around like a Walton Tasmanian Devil, although as I was reminded by Joel around 27 years later the always with the running thing was more to do with Me always trying to tickle him so….!?

I vividly and fondly remember that conversation 10 years ago as not only did it turn out that he was always legging it away from Me as he Hated being tickled, as it used to make him cry with laughter apparently but then tickling has always confused me personally…but at the time we were actually working in 1 of Joel’s client’s kitchen’s so when he told me I felt I had no choice but to obviously get Mr Tickle out!?

Seeing the site of Joel, aka now Mr Impressive 6ft 3 Big Stuff running around his customers kitchen giggling away in his head to toe Dickies will stay with me forever….

Another more poignant memory of him is something that showed me more than anything I think about Joel.

I day he and Hayley were having a classic Brother and Sister Tom n Jerry set too, angry words and as always a door slammed. I remember thinking at the time ooh this could gone on for a while, so when the door went again only about an hour later with Joel returning I naturally assumed tensions were still high!

But there was Joel standing with the most kind, thoughtful and wonderful gift for his big Sister. He had no need to do that but whatever the reason for the argument he didn’t want see Hayley upset, so he did what came naturally to him.

My deepest condolences to all The Deves, The Sands, The Fletchers and all who knew and cared for him.

Such a beautiful kind Man.

Joel was such a delightful, happy little boy. I remember when his little legs used to go nineteen to the dozen on his tricycle trying to keep up with the older children on their bikes in our cul-de-sac – bless him & at Easter when they were all searching for chocolate eggs hidden around my garden. It goes without saying that Joel found most of them. He said ‘now I know why it’s called Good Friday’.

As he grew older & developed into a handsome Elvis look alike-he seemed to have a need to build wooden sheds . He persuaded Derick to help him build a large one at the bottom of my garden. Some time later he built a somewhat superior one called his Man Cave at the bottom of Fiona & his garden.

Joel was always on the go & thinking up new projects. Joel was a wonderful young man & will be sadly missed by all of us who knew & loved him. Rest in Peace dearest Joely.

Cousin Joel,
I don’t quite understand where and why that you did go?
My efforts seem so fruitless,
As I’ve searched both high & low.
Maybe I did miss you,
yet rest assure I’ll look again.
I’m glad to say you’re in gods hands.
I’ll see you soon my friend.

The first time we met I had just moved to Walton in 2004 and you walked into Hersham Hardware timber yard smiling as ever, asked what I was cutting, and offered me help… i slid my phone across and invited you to pop your number in.

From that day to this you became my best friend, and we enjoyed so many good times and hilarious adventures together around England, France, Germany, Holland, and Madeira which was a pure delight, and I will treasure them all forever.

Thank you for putting up with me, and helping me through the tough times and the terrific times. I was there for your last ever job putting up a pair of antique mirrors in St George’s Hill.. i look back and reflect on our friendship and times together with great joy. Love and hugs until i see you again, Janek.

I was sorry and deeply saddened to hear of Joel leaving this world and embarking far too soon on the final adventure.
We became good friends when I settled in Shepperton as a young lad, new to the area. The memories of playing in school, at your house, in the fields beyond and getting up to fun and games that young lads do, will always be with me. I think you were the only friend I ever let into our modest home! I’ve intended to contact you, to meet again and share a drink, some stories and some memories; alas, it’s not to be.

My thoughts are with you and all those close and dear. I will raise a glass and likely shed a tear to you, my old friend. 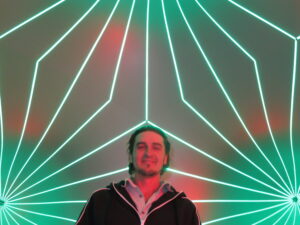 The first time we met I had just moved to Walton in 2004 and you walked into Hersham Hardware timber yard smiling as ever, asked what I was cutting, and offered me help… i slid my phone across and invited you to pop your number in. From that day to this you became my best friend, and we enjoyed so many good times and hilarious adventures together around England, France, Germany, Holland, and Madeira which was a pure delight, and I will treasure them all forever. Thank you for putting up with me, and helping me through the tough times and the terrific times. I was there for your last ever job putting up a pair of antique mirrors in St George’s Hill.. i look back and reflect on our friendship and times together with great joy. Love and hugs until i see you again, Janek.

My dearest Joel l will never forget you not a day goes by where l do not miss you l wish that l could have changed things Alastair and l loved you very dearly and we have been very affected by this may you rest in peace and you are with your beloved father Keith.